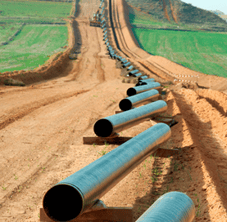 The starters increase productivity by insuring reliable operation and reducing maintenance time. Soft starters reduce the amount of stress placed on a motor as it is started, extending the lifetime of the motor, the load and its components and reducing repair time.

Colombia is emerging as a rising star in the South American oil industry, producing the fourth largest quantity of oil in South America. A key player in the increased output has been the joint venture between Colombia's two largest oil companies Ecopetrol and Pacific Rubiales, ODL. The partnership allowed the two companies to build and operate an oil pipeline, the Oleoducto de los Llanos.

The pipeline provides the company with a substantial reduction of transportation costs for and also insures adequate throughput capacity to bring the Rubiales Oil field to its full production potential. Initial capacity was 120,000 barrels per day. However, the challenge ODL faced was increasing the pipelines production to 200,000 barrels per day.

ODL value the ease of use MVS soft starters provide. ODL engineers required just one hour of training and have since made only one phone call to ESI's helpdesk to adjust parameter settings.

ESI's philosophy is based on forming close and lasting relationships with its customers. This was demonstrated by ODL's purchase of AuCom MVS soft starters. Although AuCom products were new to ODL, they had previously purchased and successfully installed ESI products and trusted the expertise of their staff.