However, it is known that one of the main problems that must be considered in any pumping system is the effect known as "water hammer". This effect is generated by a sudden change in the speed of the flow and can cause significant damage to pipework or hydraulic devices. The most severe effect usually occurs when pumps are started or stopped, resulting in excessive pressures that can cause severe damage. 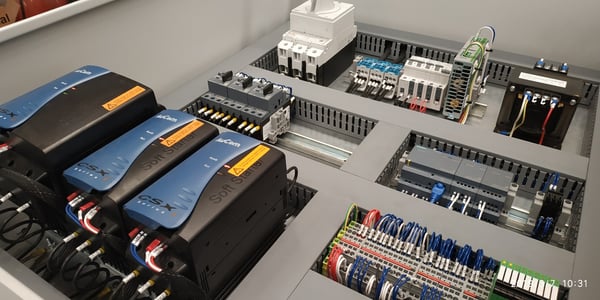 With this design it is possible for the plant operators to control the acceleration and deceleration ramp times when starting and stopping the pumps, eliminating excessive pressures in the pipework and preventing water hammer, thus ensuring less downtime and longer life of the shower test system.

The plant operators at the new Toyota system are impressed with the performance and reliability of the CSXi controlled system, with Powertronics specifically noting the easy acceleration and deceleration ramp parameter adjustment by rotary switches as an ideal feature for this application.